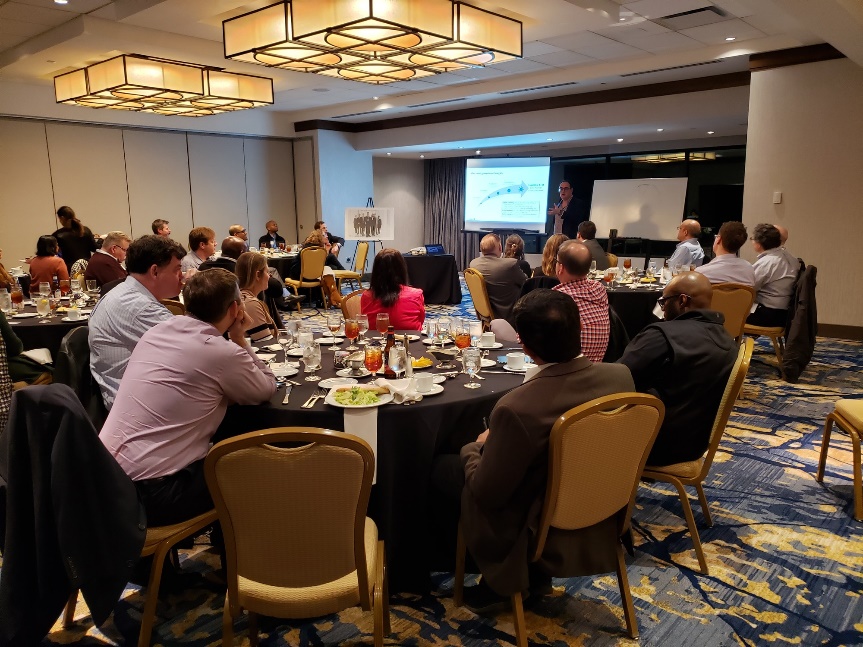 In our most AITP dinner, Alex Vayner, Data Science & Artificial Intelligence Leader at Capgemini, explored what we could expect from the next “DPU” that would likely occur in the dramatically short time between now and 2030, primarily due to the explosion of progress in artificial intelligence and cognitive automation. Alex described a near future where AI would augment and enhance human capabilities, from driving vehicles to making better business decisions. Many were left asking the question, “what really is the magic behind AI that could bring these ideas to fruition?”

Alex’s explanation was that AI is a collection of mathmatic and statistical algorithms aimed at answering specific questions, from understanding natural spoken language to identifying an emotion in an Instagram image. 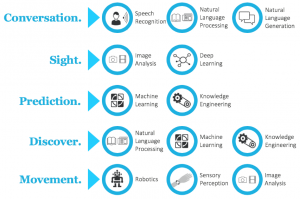 Additionally, the reason that AI is becoming more prevalent in recent years, is due to a perfect alignment of several factors that have set the scene to turn mathematical theory from the 50’s into a reality in 2019. These factors include:

Over the next 50 years, we will likely experience incredible progress in the realm of AI. Imagine machine generated New York Times bestsellers appearing in 25 years, robotic surgeons in 35 years, and computer-automated math research in 45 years. Our ability to innovate is exponentially increasing with the power of cognitive computing.

Sounds great, so how does this all work?